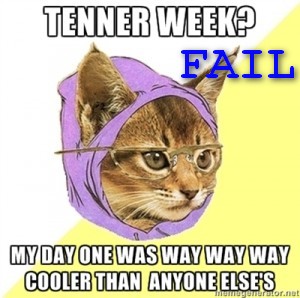 Yes you read it correctly I had to give up on £10 Week. I am always very keen to join the wonderful Penny Golightly when she does £10 Week.  I think I have participated three times over the past 1.5 years and got so much out of it every time.

I thought I could do it but my new work situation made it a bit tricky. I had all the food we needed in and stuck to my meal plan. I  was even preparing short ribs at 6:30am for the slow cooker, so all was fine on the food front.

I was ready to work on my goals for the week; the main one being clear out the walk-in closet in preparation for a big eBay sale. My small goals were to read a novel, I chose The Paris Wife, which I was thoroughly enjoying to the point that I forgot to watch the new Masterchef series.

My other small goal was to take inventory of the food in the flat. I picked this goal as it is a no brainer. I try to keep a running list of what we have and since I have been out of proper work for a while, my list was tiny.

I thought £10 Week would be a breeze since I was used to living on almost next to nothing. Disaster struck on Monday, my only bra that fit me literally fell apart. One of my challenges of my new job is that I need to have a capsule wardrobe of ideally six outfits. When I was working from home, it didn’t matter what I wore but now I must make an effort. I will post about the capsule wardrobe challenge next week.

So I trudged off to the shop in search of a new over the shoulder boulder holder, I ended up buying two, one black and one nude. The problem hit after I paid, I suddenly realised I was in Oxford Street, the London shopping mecca so I  hit Boots for some soap and hair products and felt a bit guilty.

I didn’t go wild and buy a lot of designer gear. It was all boring stuff you need but I wish I would not have needed it during £10 Week.  If my old bra would have held out I would have a shining record for £10 Week. I found that once I broke the vow that it was easy to be tempted again.

My other temptation was a pair of Marni trousers (not H&M) going for a song on eBay. I could not resist these especially since I have been washing my clothes every day to wear for the day after. I needed to get my capsule wardrobe together, so I bought them for £24. How could I resist a bargain like that? They would be £200 at least in a shop.

So yes, I had an epic fail on the no spending front of £10 Week but on the flip side, I have read a great book, watched no TV, used a Living Social voucher for a great meal and will be clearing out the closet tomorrow.

How did you guys do?